Ladislav Kovács is a 30 years old skilled Counter-Strike, Counter-Strike Source, and Global Offensive gamer whose professionalism, strategy, and self-control are admired both by opponents and viewers.

Ladislav is the only player from Slovakia who is ready to adapt to any circumstances while gaming. He was a part of an international team and had to adjust to Russian and Ukrainian indicators. The language barrier didn’t prevent the only Slovakian player in the team to win. Competitors envy his mental condition as Ladislav never demonstrates inner anxiety.
He guesses this distinctive feature helped to win in many battles. He is thankful for his country and family that promoted his activity and now Ladislav who is more known as «GuardiaN» in cyberspace willingly shares his awareness and advice to the Slovakian beginners.

The player of Team Hellraisers – Martin Styk or «Styko» says GuardiaN is a real mentor and the best AWPer as he always practices and attempts to overcome his own record despite rewards he has already gained.
Ladislav can’t imagine his life without CS:GO. In 2020 he opened an online store of computer equipment and sports uniform. In 2017 he married a CS:GO player Nina Flatnes, but it didn’t affect his career.

Ladislav doesn’t plan to retire in the coming future and offers both gaming and business cooperation.

Ladislav started playing when he was 8. His older brother Atilla once introduced him Counter-Strike. Ladislav fell in love with gaming and spent the whole day playing. Atilla was surprised watching his sibling being so purposeful. Their mom – Ildiko Kovácsova found the hobby addictive. Frantisch Kovács – Ladislav’s father supported the boy in all his ideas.

Together with his dad, Ladislav was analyzing each member’s tactics. Due to reasonable estimation and logical way of thinking they reached the first positive result among local players.

GuardiaN says that his father praised him and gave several helpful recommendations. He even thinks Frantisch can serve as a good CS:GO, coach, as he observed not only Ladislav but other teams’ matches.
In about 2003 Ladislav interacted with amateur zTs and notorix teams. His father went on controlling GuardiaN’s activity.

In some months, the boy joined IQFIGHTERS that determined his destiny in cyberspace as he was noticed by the multi-gaming community Fabery Bellatores. Ladislav succeeded in local jousts but couldn’t participate in the transborder CS scene.

In 2006 Ladislav has finally achieved his dream. He became the best shooter in Slovakia after winning a 1on1 tournament organized by United-Games. In 2008 Ladislav passed to Counter-Strike Source. Though he was distinguished enough, he didn’t hesitate to join the avocational Corecell band and took third place in Creative League.

In a few days, Corecell combined with DEFEATERS. The international gaming area got acquainted with a shy but talented player from Slovakia, but in January 2009, GuardiaN left the team with a scandal.

It might sound like bad publicity, but Ladislav didn’t lose much. Instead, he received an invitation from Reason Gaming that needed a good shooter. Ladislav entered into a treaty and was bringing plenty of privileges to a new group from 2009 to 2010 until the manager didn’t refuse to collaborate.

According to gossips, Reason Gaming got stuck in a financial crisis, so Ladislav decided to search for new levers of luck. Ladislav became more communicative and bold when he grew and felt a taste of victory. GuardiaN was brave enough to claim Source was less fascinating than Counter-Strike 1.6.

He established peak records with BEASTS in several LAN tournaments but in April 2012 announced a career completion. People around certainly were shocked by such news.

He wasn’t in depression or despair when he declared about gaming being boring. However, in June 2012, GuardiaN outspoke about a return. When Ladislav went through the Counter-Strike Global Offensive, he duplicated his awards and triumphs.

GuardiaN functioned as a member of the eternal PlayerZ and then joined the Serbian myDGB.net platform. Since 2013, GuardiaN couldn’t stay in one team for a long time. He was engaged in the most powerful European groups but still didn’t feel harmony.

In 2013-2017 he participated in Natus Vincere. In 2016 GuardiaN brought gold to his team and became a champion in New York.

In 2020-2021 Guardian played for the Russian multi-gaming community.

Ladislav got admiration in several spheres. Gaming isn’t the only argument to be proud of. He is a genius that speaks – 5 languages, leads an online business, and serves as a good example of motivation for Slovakian beginners. 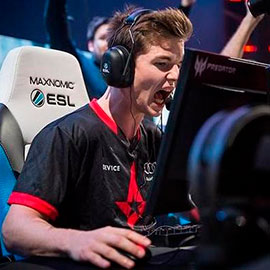 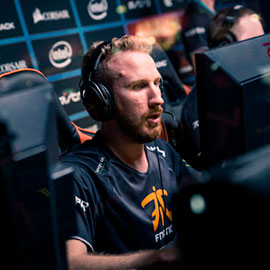 Easy way to get CS:GO skins for free
1 year ago

The Steam leveling guide
1 year ago

Trading Sites for CS:GO
1 year ago

What makes CSGOEmpire the best gambling site ever?
1 year ago
Just another WordPress site