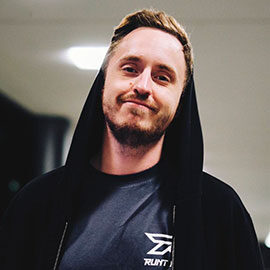 Christopher Alesund or GeT_RiGhT is a Swedish cyber sportsman who declared retirement in 2021. He worthily represented every team he joined as a Counter-Strike and Counter-Strike: Global Offensive professional player.

A short bio about the gamer

He is a reason for Fnatic, SK Gaming, and Ninjas in Pyjamas being surrounded with gold and silver several years in a row. The Score esports calls GeT_RiGhT the timeless relic. Fellows guess the Swedish gamer reflects the spirit and permanent struggle that distinguishes him from others, but CS:GO fans call Christopher a legend.

Fame cost Christopher much. He endured many misfortunes, health troubles but still remains in the hearts of millions of people as a dedicated and deserved Counter-Strike player.

Acquaintance with Counter-Strike was quite typical. Christopher noticed his older sibling Robin shooting virtual opponents in a match. The 9 years old child was enthusiastic to observe the competitive actions of his brother.

Soon Christopher got to know about HeatoN – the best Swedish gamer and captain of SK. His skills motivated Christopher to research the gaming sphere and make his first steps to playing. Christopher’s dad was a local football coach. The guy was expected to follow the same activity, but a leg injury prevented him from physical exercises.

Alesund obtained more time for gaming but could devote hours for it only when he turned 12 and got a separate desktop. Before turning to Counter-Strike, he trained in Starcraft, Quake 2, and Warcraft. In 2006 GeT_RiGhT’s long-lasted practice brought dawnings of further career.

Turning into a master

He participated in an endemic amateur team Urgestein but stayed there for a small period. Then he joined Gamepassion, won his first match, and received a beneficial invitation from another Swedish band.

In Begrip, Christopher demonstrated effort and ambitions – important qualities for every player who aspires to flash at the external joust.
Christopher became famous in regions, and Begrip’s manager was sure the guy would also succeed abroad. The prediction came true in 2007 when GeT_RiGhT passed to ESWC to sense the culmination of his life – battle with his idol in which HeatoN failed.

2007 was a crucial period of Christopher’s state. He took his first reward, moved to SK Gaming as they offered more benefits, then to Meet Your Makers and back to SK. Global Gaming League determined him to be the most promising player. Alesund took the lead in a yearly nomination of being a star gamer of Sweden.

However, a 17 years old talented guy couldn’t suit his older members. They had different visions of a game. Christopher had no right to act isolated from his partners or make his own decision, as he was assigned to be a team member. The atmosphere of SK didn’t satisfy the teen, so he joined Fnatic. There are many successful examples of GeT_RiGhT’s activity in the British band.

He made a triumph on his first mutual match, won several jousts, including IEM II Global Challenge, e-Stars, NGL-One 3. Next year Christopher enlarged his awards in IEM III Global Challenge, Samsung Euro Championship but got bronze in Dreamhack Winter 2008.

The third place was an argument to take a revanche in Dreamhack Summer 2009, where GeT_RiGhT achieved gold. Fnatic showed the same result in KODE5, WEM, WEG E-STARS, and other events of 2009.

In 2010 Christopher had a conflict with Fnatic, who preferred to invite «cArn» to the team. Fnatic’s leader was cArn’s friend, so he promoted the experienced Swedish gamer instead of Alesund. Christopher disputed with the administration together with other fellows and announced retrieval to SK.

In his old group, he achieved golden cups in Intel Extreme Masters, Dreamhack Summer, and ESWC 2011. Being skilled and confident wasn’t Christopher’s only privilege. He wanted to improve his strategy and forget about velocity, as fast solutions don’t always lead to success. He discovered an unobvious way to beat rivals by creeping movement.

In 2012 Counter-Strike 1.6 started drooping, and Christopher had to adjust to new circumstances. He was rehearsing when his idol offered him cooperation. HeatoN was ego to raise Ninjas in Pyjamas and regain the proud past. He needed a player who defeated him years ago as it was the only right way to climb to the top.

Christopher accepted a suggestion in August 2012 with honor. HeatoN proved his intelligence worked not only in the shooting. When NIP welcomed Alesund, fortune smiled at the whole group. They finished every tournament with a victory. Every partner realized this all was thanks to Christopher. He was perfect in his tactics, awareness, and assistance.

He was the only member who could completely change a match’s outcome. It was twice difficult if to mention that Christopher suffered from an ear infection, inflammation, pain, stress. He was in despair but still led his team to success every time. 2013 was a productive year full of gold. In October 2013, NIP participated in 33 tournaments in which 32 finished with rewards!

2014 brought both gold and silver. NIP turned to the most prosperous band after winning in Dreamhack and reaching ESL One Cologne.

In media, this victory was called the most meaningful for Christopher. He couldn’t handle emotions and cried in front of a cup.

The major trophy affected GeT_RiGhT’s career. He was confessed to be the best CS: GO gamer.

In 2015 his rating fell to 11th place in a list of top CS GO players. NIP’s prestige suddenly started dropping. Nevertheless, people were standing in a crowd to see GeT_RiGht, applause to him, and take pics. In September 2019, he left NIP and joined Dignitas, but in January 2021, Christopher declared retirement.

He had to manage things with both physical and mental health. He just needed rest after years of permanent fight. The gamer became a streamer of Dignitas, so he didn’t completely discontinue collaboration with the community. GeT_RiGhT is still admired, by the whole world to be a gaming icon. 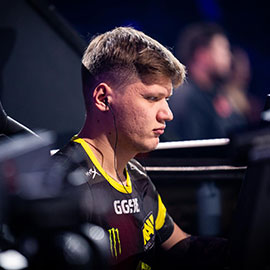 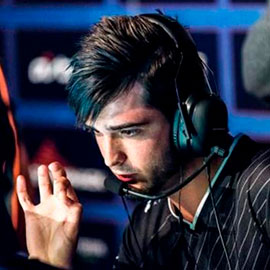 Easy way to get CS:GO skins for free
2 years ago

The Steam leveling guide
2 years ago

Trading Sites for CS:GO
2 years ago

What makes CSGOEmpire the best gambling site ever?
2 years ago
Just another WordPress site